Memorandum of Understanding signed between MIPAAF and AIC 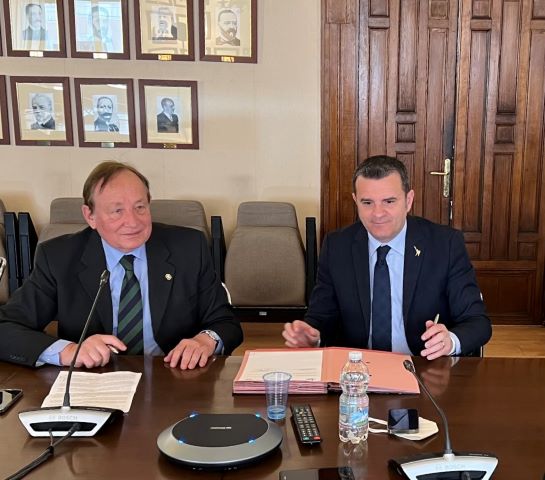 On 2 March, a Memorandum of Understanding between Italy’s Ministry of Agricultural, Food and Forestry Policies (MIPAAF) and the Italian Academy of Cuisine (AIC) was signed by Undersecretary Gian Marco Centinaio and President Paolo Petroni. The Academy was also represented by Secretary-General Roberto Ariani, and the Ministry by Director-General Oreste Gerini.
“Through this agreement, we aim for ever better promotion, and likewise defence, of the unique heritage represented by our excellent agricultural and food products and by Italian cuisine, which is strongly rooted in the local territories of which it is a distinctive element”, Undersecretary Centinaio emphasised.
While introducing the Academy’s involvement with government bodies – including participation in International Italian Food Week and support for Italian cuisine’s candidature for UNESCO Intangible Cultural Heritage recognition – President Petroni also reported on the current state of Italian restaurants, noting the authorities’ intention of undertaking collaborative projects to promote and safeguard Italy’s gastronomic identity.
Press release