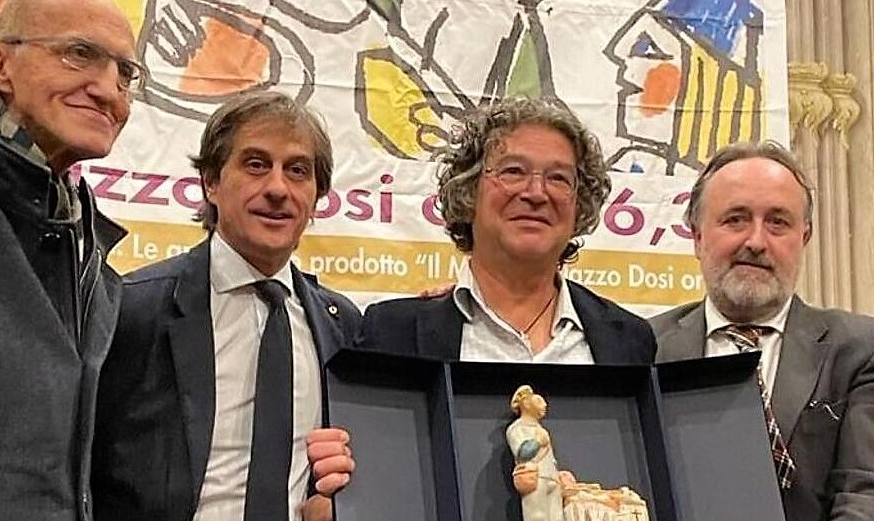 With his book Il sapore dei sogni (The Taste of Dreams; published by Tarka), the chef Alessandro Morelli has won the 17th Premio Bancarella della Cucina (Bancarella Culinary Literature Prize). Instituted in Pontremoli in 2006, this is one of Italy’s most prestigious awards for food-related books.
Having perused the year’s publications relating to food and wine, the Award Commission selected six finalists, and the winner was announced on 30 October. Morelli expressed his pleasure despite considering himself an “accidental writer”, recalling how he wrote the book during lockdown. The President of the Città del Libro (City of Books) Foundation, Ignazio Landi, emphasised the quality of the six short-listed books and the work undertaken by Secretary Giuseppe Benelli (Vice-President of the Academy’s Franco Marenghi Study Centre) and the Award Commission.